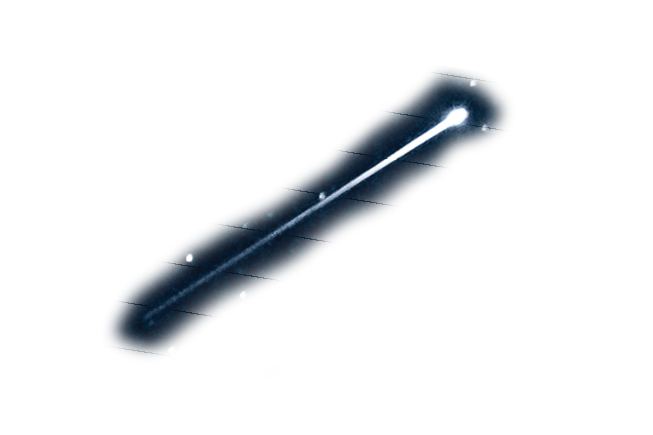 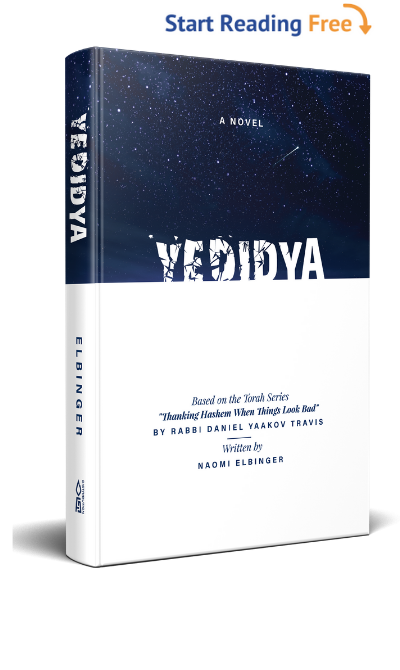 I haven’t read a novel in years, but this one is different. Yedidya is both a gripping story and a profound, uplifting exploration of what it means to be a faithful Jew in the modern world. – Rabbi Yitzchok Jaeger: Author, the Guidelines halachah series

Meet Yedidya Steinhart: a typical yeshiva bachur, or at least he would like to be. He’s left behind a tough childhood in New York and is determined to make it at an elite Jerusalem yeshiva.

But then two unexpected events turn his world upside down: first, he is visited by an apparent nevuah ketanah, a “small prophecy” as described in the Talmud; second, he is falsely accused of a serious crime, with shattering consequences.

Yedidya’s quest to rebuild his life brings unlikely friends, mentors, and adventures, as well as illuminating discoveries about happiness and faith through the ups and downs of real life.

Buy Now
Start Reading Free
This novel, in addition to being an enjoyable and inspiring read, will also be a way to imbue oneself with vital Torah lessons for life. 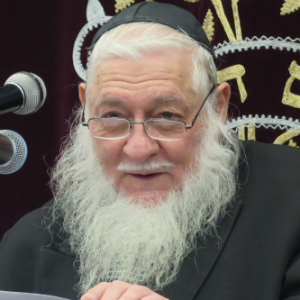 Rabbi Zev Leff Rosh Yeshiva, Yeshiva Gedola Matisyahu
In this difficult period, Rav Daniel Travis is once again providing Klal Yisrael with unique insights into Emunah. I believe Yedidya will prove to be an instant classic.

Rabbi Daniel GlatsteinInternational Speaker and Torah Educator
This engrossing novel brings to life Torah perspectives on Emunah in challenging times as never before. 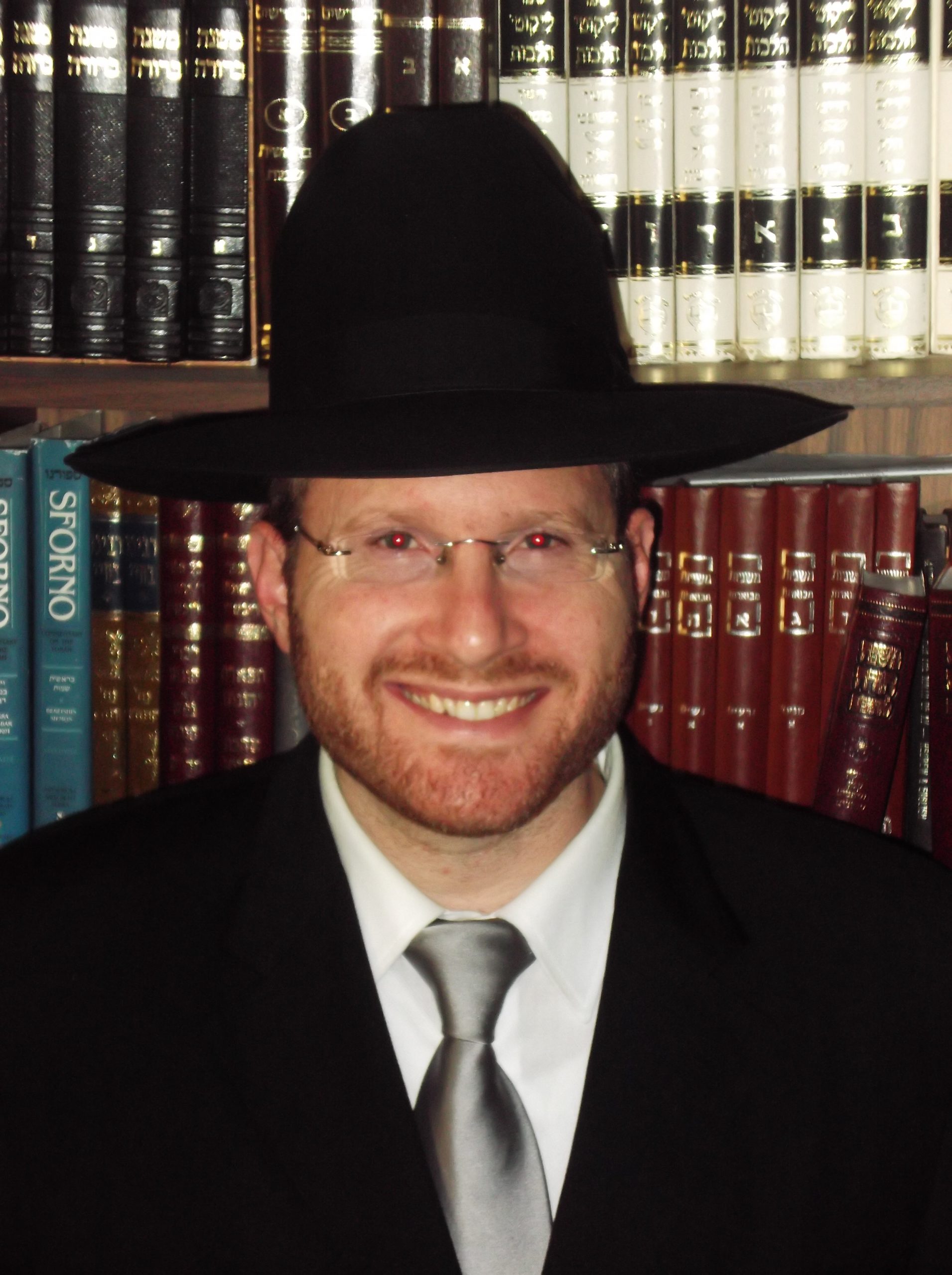 Yedidya wasn’t sure at first what woke him so abruptly, gasping for air as if underwater.

All seemed peaceful in the darkened yeshiva dorm room, illuminated by the eerie yellow light that streamed through the window from the streetlamp just beyond.

He found himself slowly whispering these words. For some reason, they rolled off his tongue, familiar as Shema Yisrael. They sounded like a garbled pasuk. A remnant of his dream.

His alarm clock told him it was just past five-thirty A.M. The fan next to him whirled, giving some relief from the sweltering night in Jerusalem. He could make out the sleeping forms of Oppenheim and Mirsky in their beds across the room.

He rolled over to the cooler side of the bed, seeking sleep once again. But as soon as he closed his eyes, the words thundered out of his dream:

You have been shown, in order to know, that the Lord,
He is G-d; there is nothing other than Him.

Yedidya found himself saying this famous pasuk out loud, complete with the sacred Names of Hashem. Now he was instantaneously awake, his heart pounding, his skin tingling. He sat up and grabbed his glasses from the ledge next to his mattress. As his eyes adjusted to the predawn gloom, his bedside table came into focus. The entire surface was covered with neat towers of sefarim. At the top of the pile was a new sefer, never opened. He had received it as a gift from Eli just a few hours earlier when they went out to celebrate their shared birthday. On that day, the fourth of Tammuz, Yedidya turned twenty-two years old.

He had gone with Eli only reluctantly. He had not yet finished his learning targets for the week, and he hated to start a new year of his life behind schedule. He had hoped to spend the night catching up.

But Eli was his oldest friend, and probably his only real friend. When they had been kids back in Far Rockaway, they had celebrated their birthdays together with ball games in the park, or a trip to Milk Maven’s ice cream parlor.

Even though they were now grown men charting their own paths in different yeshivas in Jerusalem, some things don’t change. Yedidya would never have gone out for his birthday had Eli not turned up in the beis midrash that evening, unexpected and unannounced.

“Tonight’s the night, Didya,” said Eli, in a voice loud enough to make all the surrounding guys look up. “We’re going out to eat the biggest burger in Jerusalem!”

Yedidya was torn between deep ties of loyalty and a yearning for the safe harbor of his sefarim. The deciding factor, however, was the way his fellow students stared at Eli, whose biceps were distinctly chiseled beneath his T-shirt sleeves, his hair gelled to a sharp point at the front, and his black velvet yarmulke surfing the carefully combed waves. He was not the typical guy the elite students of Rabbi Bregger’s yeshiva spent their free time with. Yedidya could only think of one way to get him out of there fast.

“I’ll just get my hat and jacket,” he said quickly.

Rabbi Travis is a renowned Rosh Kollel, author and speaker, who inspires countless people with his deeper view of the significance of life’s challenges.

Since surviving a series of extremely difficult challenges in his own life, Rabbi Travis has dedicated his writing and teaching talents to help Klal Yisrael. He has published over 20 books, writes for a number of newspapers, and gives frequent shiurim – close to 1,000 of which are posted on Torah Anytime, including the series “Thanking Hashem when Things Look Bad,” which forms the hashkafa basis of the book Yedidya.

He is Rosh Kollel of Kollel Toras Chaim, which focuses on training the English-speaking poskim of the next generation.

He lives with his wife and family in Jerusalem.

Naomi Elbinger is a writer,  activist and CEO of a web development company (which explains this sleek website).

She has mentored many entrepreneurs, including by writing a business column for Mishpacha magazine and helping to create the Temech Conference, the world’s largest business event for Jewish women.

She is also an urban farmer and has been active in bringing nature education to Israel’s Charedi sector. For this work, she has been profiled in Mishpacha, Ami and Hamodia.

She always dreamed of writing a novel. Yedidya is her first.

Want to Find Out What Happens to Yedidya?
Get chapters 1 & 2 delivered instantly – free and no commitment
Professionally formatted for easy reading on-screen or printed out!

Enter your Email below and we will send you Chapters 1 & 2 of Yedidya.

No commitment. Professionally formatted for printing or screen.